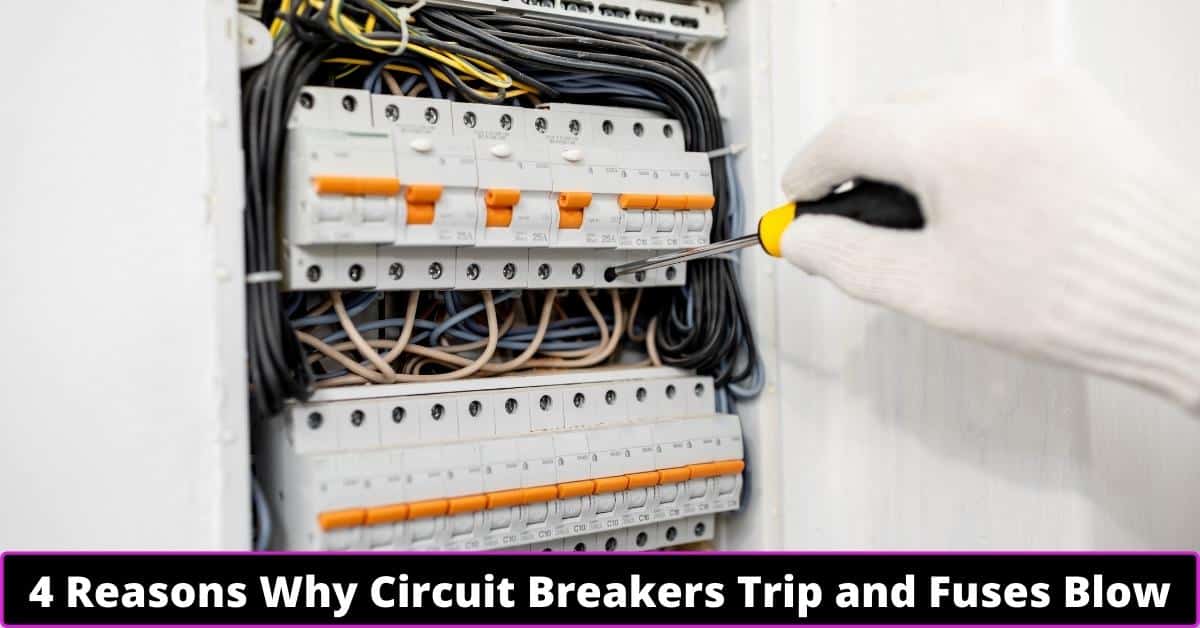 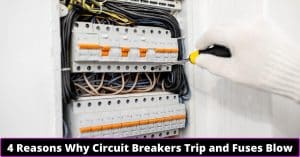 An overloaded circuit is one that has too much electrical current running through it. This can cause a fuse to blow or a circuit breaker to trip (circuit breaker trips). The most common cause of a blown fuses are when something draws too much power from the circuit. High-energy users, such as high-wattage appliances and lights, are the biggest culprits for blow fuses. When a circuit is overloaded, the fuse blows will blow to protect other circuits and prevent fires.

To avoid overloading a circuit, it may be necessary to move high-demand appliances to other rooms of the home or unplug items that are not being used in order from highest demand item to lowest demand item on the outlet strip or power bar in your homes electrical.

A short circuit is the result of a lack of resistance in the circuit. When an electrical current encounters a low resistance, it will flow through the circuit that path until it encounters a higher resistance. This can overload wires and circuits, which can cause them to heat up and even catch on fire.

Short circuits and ground faults are stopped by circuit breakers (ground fault circuit interrupters). If the breaker trips or a fuse again, call an electrician and have them check it out for you as well.

3. A Problem with the Circuit or the Breaker

There are a few reasons why your circuit breaker might trip. One possibility is that there’s a problem with the circuit or the breaker itself. For example, if there’s a short circuit, the fuse will blow and the breaker will trip. Another reason could be an overload on the system – for example, when several appliances are turned on at once. If you think you’ve identified the cause of your tripped breaker, you can try to correct it and see if that fixes the issue.

A ground fault surges are an unintentional short circuit that flows directly to the earth (ground) or touches a grounded part of the system. The common causes of short circuits are damaged wiring and accessories, moisture, and insects!

Circuit breakers or fuses trip and fuses blow when the path to the ground is weak. There are a few possible causes of arc faults, including loose terminal screws (loose connection) or electrical wiring problems.

A GFCI outlet can help prevent shock in high-risk areas like kitchens and bathrooms. AFCIs will trip circuits when they detect a spark.

Check for power sources inside the appliance

When installing a fuse, always check for power sources inside the appliance. If there is a power source, you can install the fuse by connecting it to the metal strip on the back of the appliance. Make sure all appliances are turned off before installing a fuse and do not touch it if it looks cloudy or has pieces that are broken off of it. Turning off the power before removing a fuse is also important. If any appliance continues to blow a fuse after re-wiring it, contact your property manager or licensed electrical contractor immediately as there may be a wiring issue.

Check for any signs of damage to the fuse box

When replacing a fuse, it is important to check for any signs of damage to the fuse box. If there are any cracks or broken parts, then it is best to call an electrician to fix the issue. Additionally, if the power goes out often and you blow a fuse, it might be an indication that you need a new fuse box. In such cases, shop our range of car fuses for a replacement.

Check the ground wire for any damage

When replacing a fuse, it’s important to check the ground wire for any damage. If there is damage, replace the entire wire. A damaged ground wire can create a dangerous situation and might cause an electrical fire.

How To Get Rid Of Blown Fuse

There are a few simple things you can do to try and get rid of  blown fuses. For example, you can try turning off all the appliances that might be connected to the fuse. Another thing you can do is turn on each appliance gradually after replacing the fuse, so you can identify if one was overloaded.

You should also know where your fuse box is located in order to avoid blowing it again! And finally, home warranties make it easier for homeowners to get help with repairs–so if there’s ever a problem, don’t hesitate to give them a call.

Previous Post
How to Install an HD Antenna to Get Free Television
Next Post
Which Are The Best LED Bulb Options For Chandeliers?